BACK TO ALL NEWS
Currently reading: What is a hybrid? Everything you need to know
UP NEXT
Two worlds collide: Porsche Taycan vs Alpina B3

What is a hybrid? Everything you need to know

If you're looking to buy a mild-hybrid, hybrid or plug-in hybrid, Autocar's guide explains everything
Open gallery
Close

With the proposed ban of new petrol and diesel cars in the UK looming large in 2030, the interest in hybrid cars has never been higher.

According to the Society of Motor Manufactuers and Traders, hybrids and plug-in hybrids made up 20% of new car sales in July 2021, and that figure is continuing to rise.

But what exactly is a hybrid? With almost every brand now offering a wide variety of models, from mild versions to the plug-in variety, it’s a concept that buyers will increasingly have to grapple with when choosing their next new car. So to make things easier, here’s our guide covering everything you need to know about hybrids.

Increasingly popular with manufacturers, the mild-hybrid set-up is a relatively simple and low-weight solution that can in many cases be applied to existing ICE models. Unlike in other hybrids, the electric motor doesn’t drive the car, rather it delivers torque assistance when accelerating, plus it doubles up as a starter motor and generator for a small battery pack.

Essentially, mild-hybrid systems come in two different guises: either belt-driven or featuring a direct connection to the engine. Either way, most systems use 48V architecture and a compact lithium ion battery, although some brands, such as Mazda, favour a 12V system claiming the efficiency created through its even smaller battery offsets the extra energy and electrical assistance of a larger pack. Regardless of approach, the overall increase in efficiency over an equivalent pure ICE is usually about 10%.

In engineering terms, the belt-driven set-up is known as a P0, and its popularity is largely down to its lower costs (both in development and installation terms), as it can be added to most existing engines without significant modification. In simple terms, this system uses a starter-and-generator unit that replaces the traditional alternator and is connected to the engine’s crankshaft by a toothed belt.

During acceleration, it can deliver assistance; and when the car is slowing down, it turns into a generator, delivering resistance that’s akin to powerful engine-braking. In doing so, it feeds electricity back into the battery and reduces the need for the friction brakes, thereby cutting the amount of energy lost through heat from the discs and pads. It can also act as an engine-start-stop system, both when the vehicle is stationary and when cruising off-throttle.

Termed a P1, the direct-drive crankshaft drive set-up is the same as Honda uses for its IMA (Integrated Motor Assist) system. With a motor-generator sandwiched between the ICE and gearbox, this configuration allows for more torque (it’s not limited by the strength of the belt), theoretically quicker responses and neater packaging. It is, however, costlier to develop and install, especially for the more compact front-wheel-drive applications, so it usually requires the design and manufacture of a bespoke powertrain.

The reborn Toyota Prius may be the world’s most popular hybrid, but it faces stiffening competition from Hyundai, Volkswagen and Audi

Both these set-ups are known as parallel hybrids, meaning the motor can assist the engine when accelerating but, because it has no connection with the wheels, can’t propel the car on its own.

As an aside, you might also come across micro-hybrids, which use similar starter-generator technology for their engine-stop-start systems but don’t have ability to deliver electrical assistance to the ICE. Essentially their use of the ‘hybrid’ title is a marketing ploy designed to cash in on the current trend of significantly electrified machines. 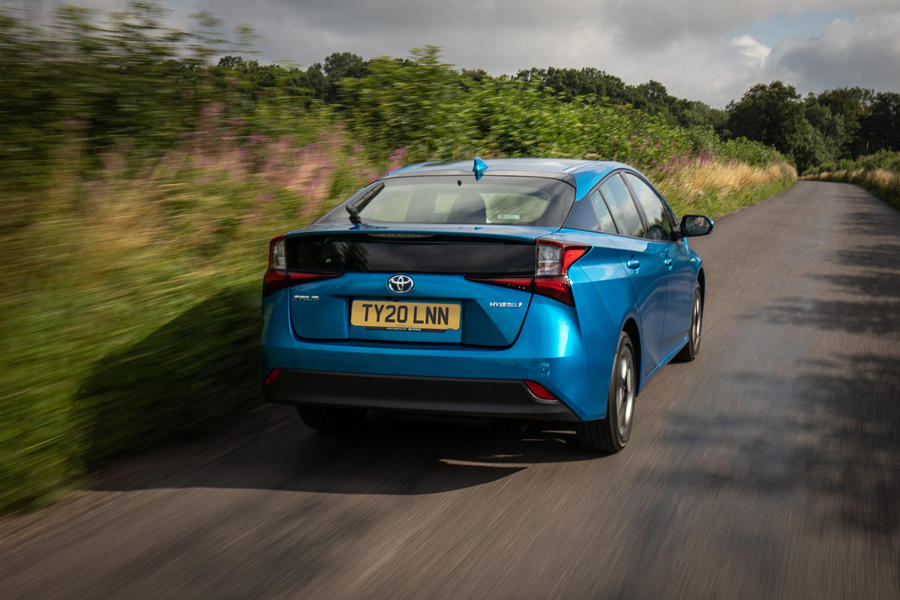 When we think of the term hybrid, it will inevitably be the Toyota Prius that springs to mind. While not the first petrol-electric vehicle, the Japanese pioneer popularised the technology, which today is known in engineering terms as a series-parallel-hybrid or, more recently, a self-charging hybrid.

More expensive to develop and build than the mild hybrids we’ve already looked at, these models can work as an ICE car, an EV or a combination of both. As a result, they require more sophisticated transmissions, larger batteries and more complex control systems.

If we take the Prius as an example, it essentially acts like an EV at low speeds, using its battery to power an electric motor. Go faster or put greater demands on the battery and the engine fires into life – but rather than driving the car, it’s being used as a generator to keep the cells at a minimum state of charge. This is known as series mode. Finally, the system has the ability to run in parallel mode, with the engine and motor working in tandem to accelerate the car. It can also disconnect both motors and run purely with the engine.

Yet it’s arguably even more complex than that. If we take the Prius as an example, you will discover that it effectively has two electric motors - MG1 is a starter-generator similar to those in mild hybrids and MG2 is the drive motor, which also acts as a generator (each channels power back into the battery through regenerative braking, while MG1 can also charge the cells by using the engine as a generator). Both of these have to work in unison with the engine. To achieve this requires something known as a power-splitter – a device that’s at the heart of every full hybrid. In simple terms, it's a gearbox, but it has to do much more than the transmission of an ICE car. 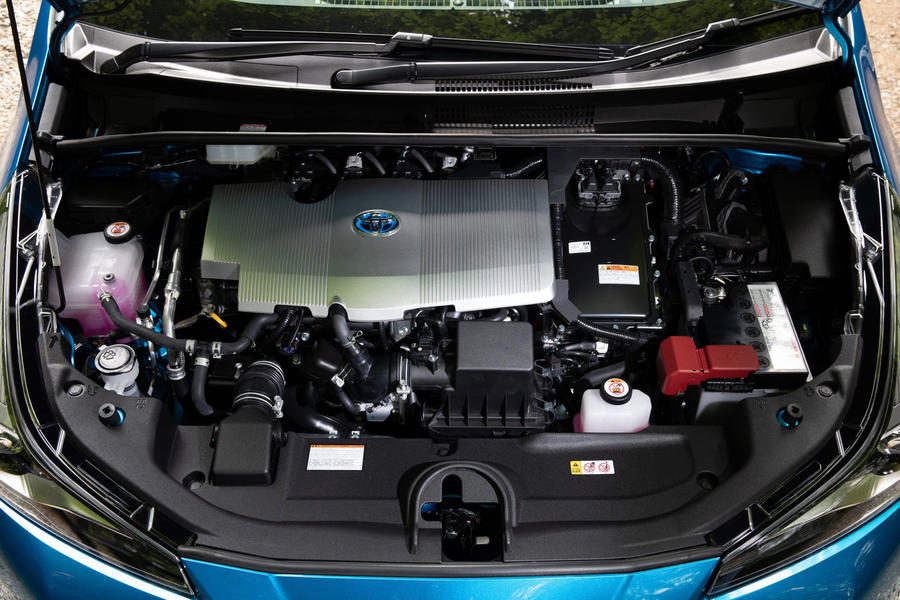 We will stick with the Prius here, because it pioneered the system that's used in similar forms in other full hybrids. Its power-splitter is often referred to as a continuously variable transmission (CVT), but while it’s capable of performing the same task and maintaining the ideal ratio for maximum efficiency, it’s actually mechanically different. Using a planetary gearset rather than the belts and pulleys of a traditional CVT, it’s packed together with the two electric motors and onto the engine. Computers (there’s no physical connection to the engine via the throttle or gear selector) then decide where best to send power depending on the prevailing conditions.

In many respects, the 'self-charging’ hybrid is designed to maximize the efficiency of the traditional ICE. Because of the relatively limited electricity generating potential of the various electric motors, these cars tend to have a small battery, which usually means only around a mile or so of pure EV motoring. However, because of the power-splitter, it can run the ICE at its most efficient revs regardless of road speed and use the electric motors for propulsion.

A slightly different form of series-parallel hybrid drive can be found in electrified cars with four-wheel drive, such as Volvo’s T8 Recharge models. Here the engine and traditional torque-converter automatic gearbox drive the front wheels in combination with a mild-hybrid-style starter-generator, while a rear-mounted electric motor powers the back axle. In EV mode, the electric motor drives the car, while at higher speeds the engine takes over. When more power is needed, both electric motors and the petrol engine work together as a parallel system, the starter-generator effectively acting as the power-splitter.

In essence, plug-in hybrids – also known as PHEVs – are an extension of full hybrids but with the added bonus of a much greater EV range. This is made possible by a much larger battery that requires plugging into the mains, as you would a battery electric vehicle (BEV).

Depending on the driving mode you chose, the car runs on electricity until the cells reach a minimum state of charge, at which point the engine chimes in and acts as generator to maintain enough energy to keep the batteries topped up enough to keep the electric motors running (some systems, such as Volkswagen's, will let you use the engine to deliver a full charge, although fuel economy slumps as a result).

While almost all full hybrids are petrol-electric, there are a handful of diesel-electric PHEVs. Mercedes-Benz is the biggest exponent of this technology, offering it on a range of saloon, estate and SUV models. On paper, they deliver remarkable fuel economy and CO2 emissions figures, thanks largely to the inherent efficiency of their diesel engines. That said, the continuing fallout of the Dieselgate scandal means that they're likely to remain a very niche choice, with few other manufacturers committing to delivering similarly powered vehicles. 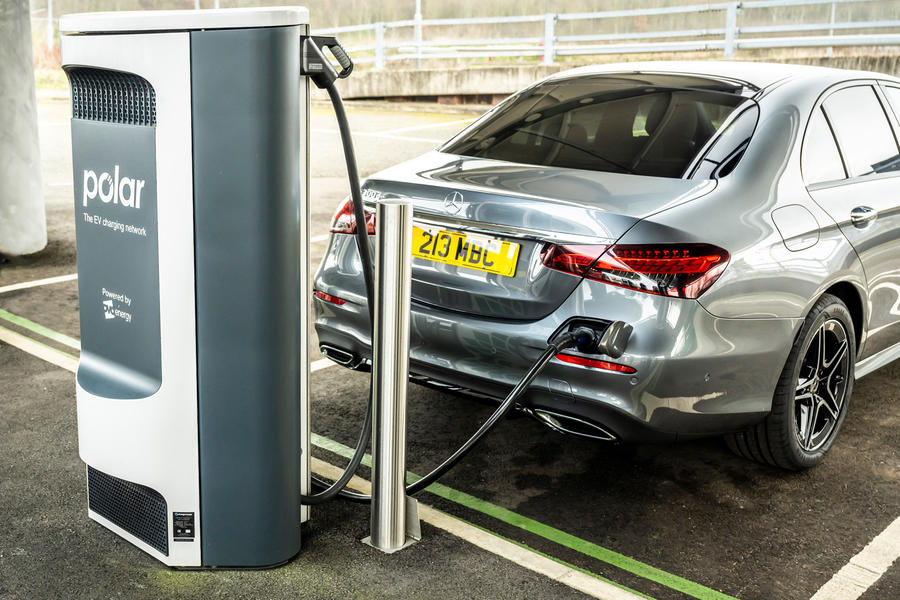 Most plug-in hybrids operate in a similar way to the full hybrids outlined above, with companies such as Toyota, Kia and Hyundai offering hybrid and plug-in hybrid versions of the same car. However, there are also range-extending alternatives that take a slightly different approach, essentially using an electric motor for the drive and the engine purely as a generator, with no connection to the road wheels.

Ford uses a range-extending system on its Transit van, with the 1.0-litre turbo petrol engine firing into life when the battery needs recharging. Such systems were pioneered by the Vauxhall Ampera and Chevrolet Volt, although both those cars were able to drive the wheels using the engine at speeds of more than 70mph, as this was more efficient than using the electric motors.

Interestingly, it’s a variation on this set-up that Nissan will use for the full hybrid version of its new Qashqai. Although not a plug-in hybrid, its novel e-power drivetrain features a 194bhp electric motor that’s connected to the wheels and a 1.5-litre petrol engine that acts purely as a generator. By using the engine as a generator, it can be kept operating consistently at optimum efficiency, which Nissan believe will result in lower emissions and greater fuel economy than a conventional petrol and on par with conventional hybrids. What’s more, because the electric motor is always powering the car, the Qashqai will drive like an EV, with smooth and powerful acceleration.