BACK TO ALL NEWS
Currently reading: Buy them before we do: second hand picks for 15 October
UP NEXT
Ford Kuga drops diesel option due to falling sales

Buy them before we do: second hand picks for 15 October

Porsche 968 Tiptronic, £12,950: Our survey of quick classics for reasonable money begins with the Porsche 968. Launched in 1992 and phased out just three years later, it was destined to be a sort of 944 S3, but in the end Porsche’s engineers replaced so many of the 944’s parts that the company decided to give the model a completely new name. In any case, although it was a two-door coupé like the 944, the 968 looked different enough to deserve one.

Like the Cayenne of 2002, the new model also helped keep Porsche afloat, albeit not to quite the same degree. Unfortunately, it didn’t sell as well as the company might have liked – around 12,750 found homes – but today that means survivors are rare and ones in good condition rarer still. Naturally, sellers have woken up to this and prices are rising but you can still pick up a sound one for decent money – one such as our spot, a 1993-reg with only 67,000 miles. It’s a private-sale car, which is good since the owner can be quizzed directly about its history and maintenance. 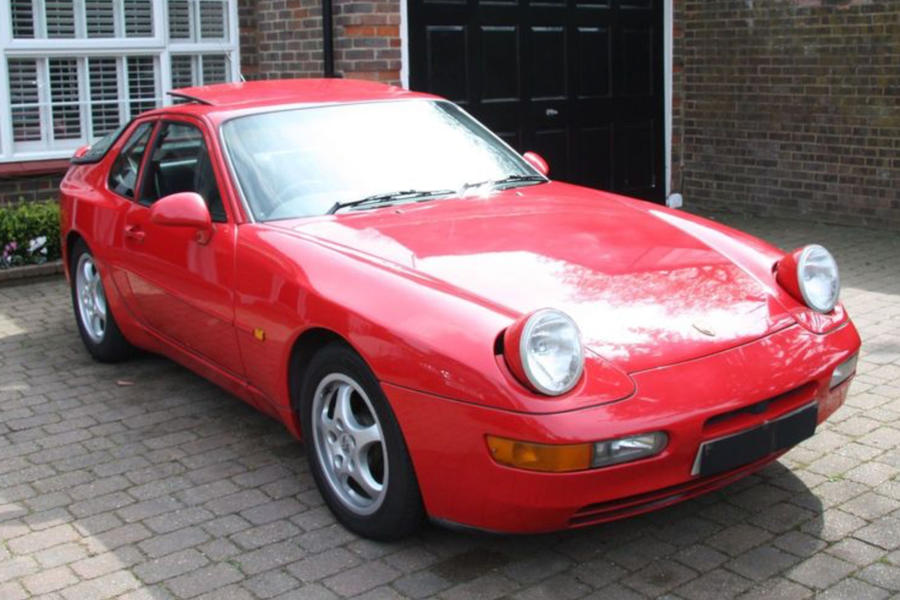 On that point, it has, they say, a full service history supported by a wallet bulging with invoices. In addition, it has new brakes (pads, discs and calipers, no less), and a new cambelt, fuel pump and DME relay. It sits on four new tyres wrapped around the original and unmarked (read: refurbished) Cup alloys. “The Tiptronic gearbox makes for a very relaxing drive or switch to manual for a more spirited drive,” says the owner, invitingly.

Our used car buyer’s guide to the Porsche 968 emphasises the problems with these cars but that’s its job. Don’t let it put you off, because this example looks promising.

Mini Cooper JCW, £6995: Quick classics don’t come much sweeter than a Mini Cooper John Cooper Works. We found a 2007-reg, one of the first R56-generation models, with 69,000 miles and a full service history. It’s loaded with what were expensive optional extras, too.

Faster and more rounded than any ‘Works’ Mini before it. Still a committed prospect – to buy and to use – but rewarding to drive 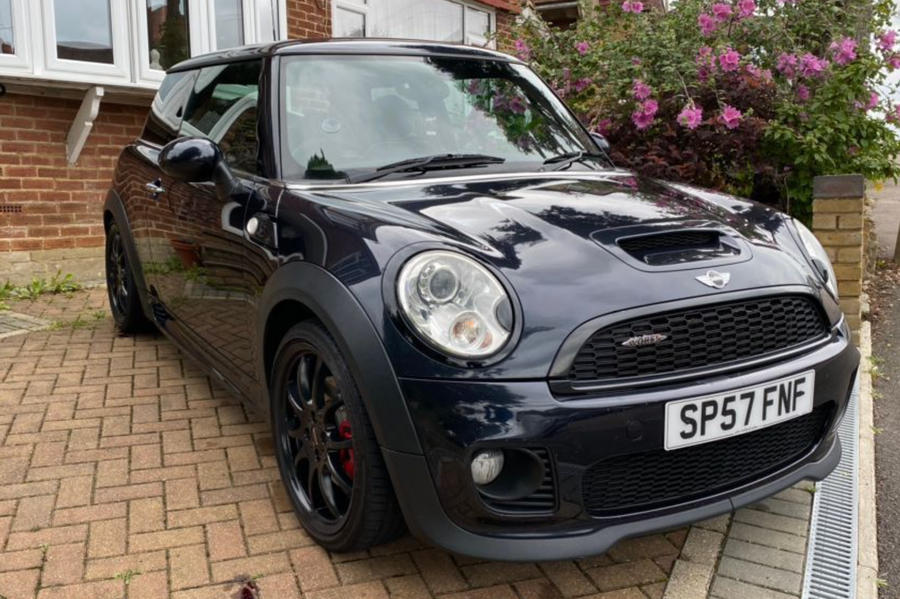 Ford Mondeo ST220, £5995: This is the upper end of hot Mondeo prices. Happily, the body seems free of rust. It’s a 2006-reg with 76,000 miles, but there’s little other info. Shame, because we’d want to be assured it’s had the regular oil changes needed for a long chain life. 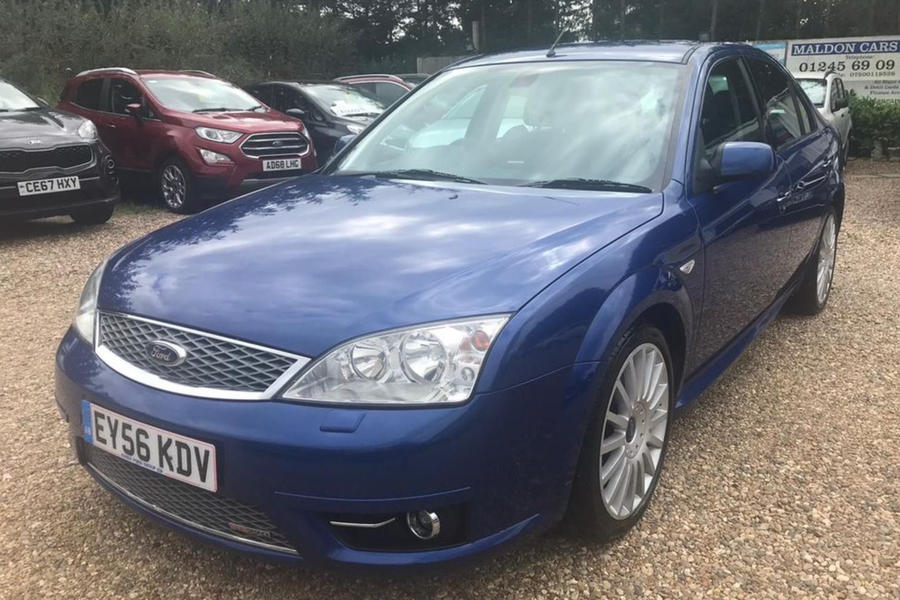 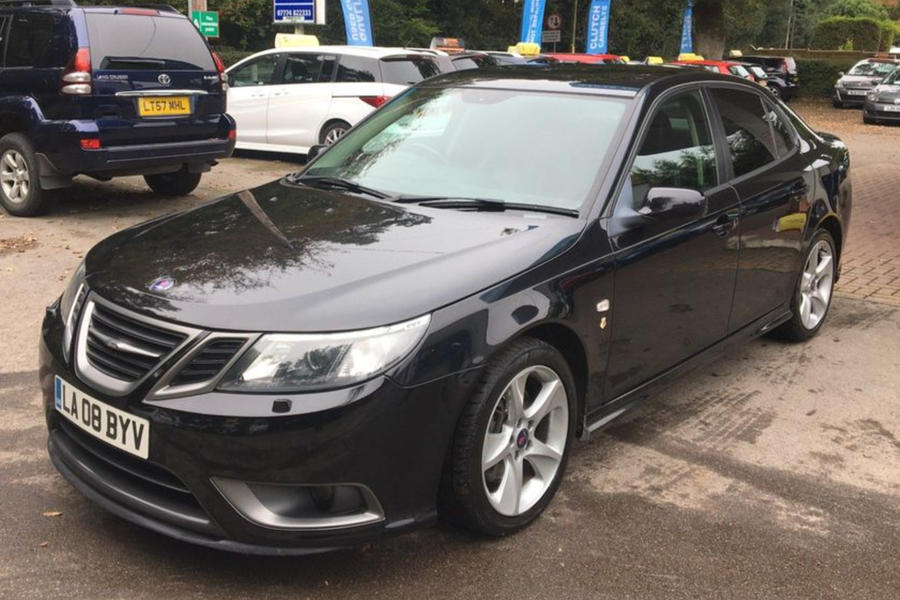 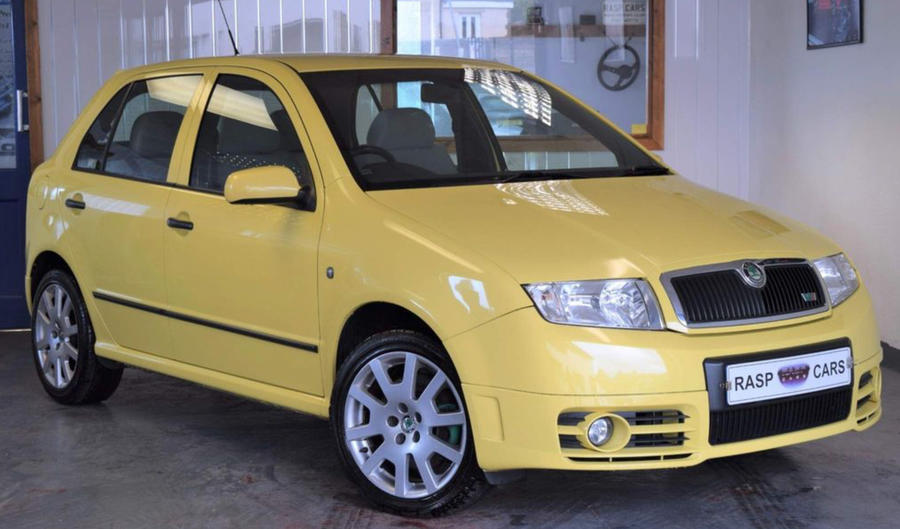 The Renault 4 was produced as an economy vehicle with a practical edge, arriving to challenge the wildly successful Citroën 2CV. The GTL went on sale in 1978, equipped with a 1.1-litre four-cylinder engine taken from the 6. It was also Renault’s first-ever front-wheel-drive car. Later models gained grey plastic trim, bigger wiper blades and disc brakes up front.

This 1984 example has received a full chassis, engine and body restoration by specialist Renault Reborn. It’s one of 91 left on UK roads and probably among the finest, despite having driven 75,000 miles. It eventually sold for £10,750. 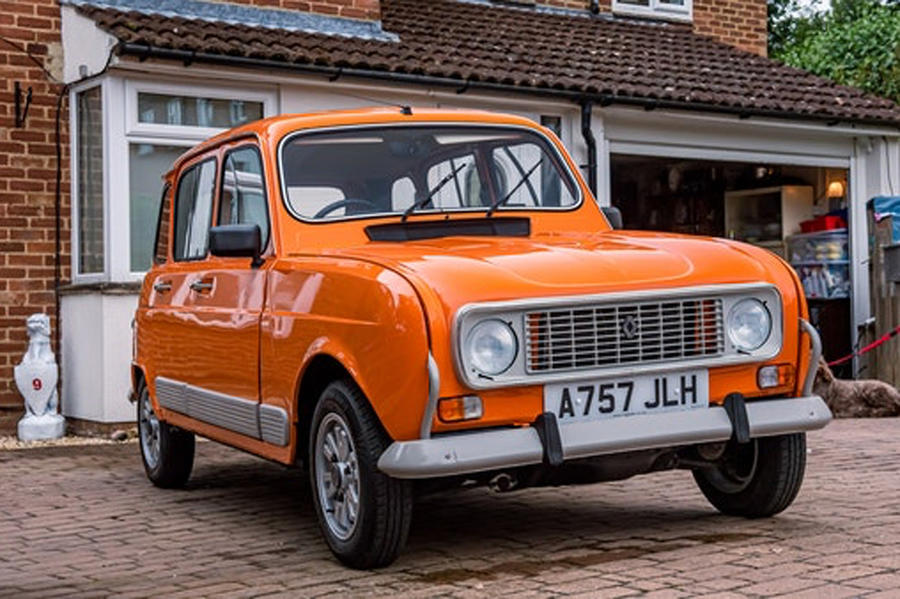 This is a Smart Fortwo with a difference, with more aggressive styling, ramped-up performance and dynamic enhancements. The rear-mounted 1.0-litre turbo engine was uprated by Brabus to produce 30% more power, at 98bhp, so the 0-62mph sprint takes less than 10.0sec, while it produces an exciting, throaty grumble from its twin exhausts. The dampers, springs and gearbox were also upgraded and the suspension was lowered by 10mm. The draw of small fun cars has never been bigger, so grab one while you can. 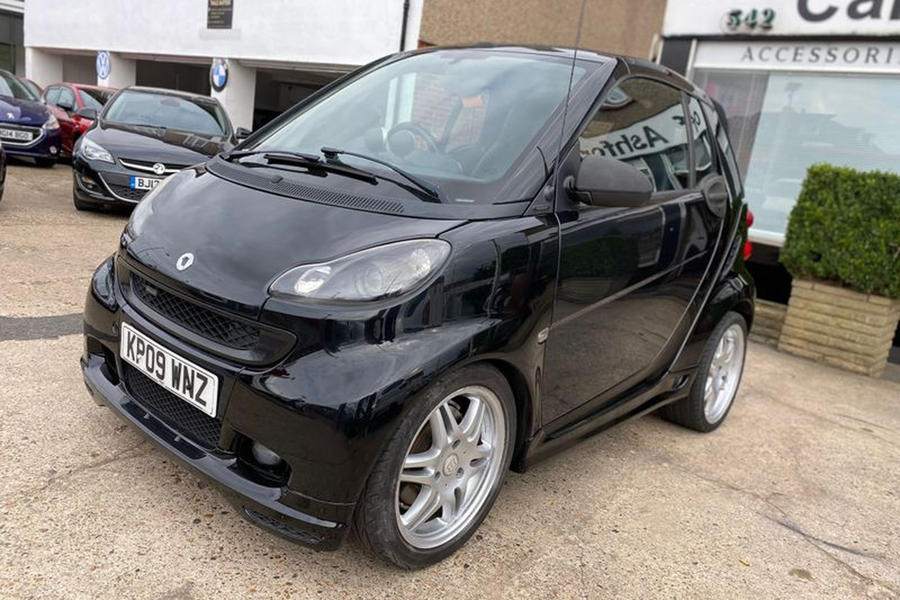 MARK PEARSON: Pity the poor family man buying some slug of an SUV to transport his brood around when he could get behind the leather-clad wheel of this wonderful AMG for peanuts. It’s all 5.5-litre V8 brawn and 476bhp action, 0-62mph in 4.7sec and a limited top speed of 155mph. I’ve run out of words to describe it, really, so good is it. What have you found, Oliver? 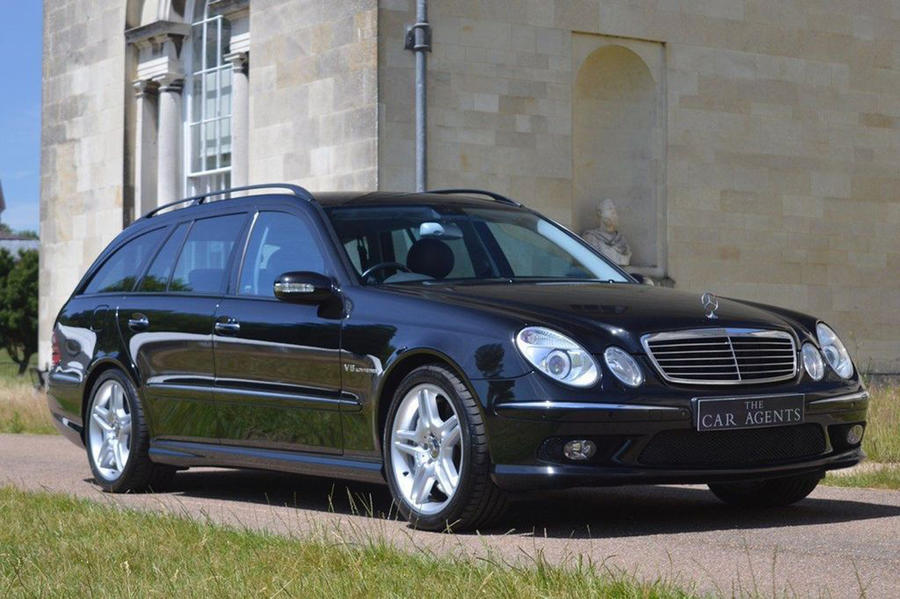 OLIVER YOUNG: If you’re after interesting, take a look at this: a Subaru Exiga imported from Japan. Essentially a 4WD rally car with enough space to seat seven, this 2.0 GT Turbo version has a flat-four engine producing 223bhp. Sure, that’s not quite 476bhp, but it’s still a healthy amount for a spot of rallying with the family aboard. It offers exceptional value, too, and is arguably the coolest MPV ever made.

MP: The coolest MPV ever made? Now that’s not saying much, is it? I admit that it’s an interesting find, but think how my fat-tyred Mercedes would leave it for dead on the twisties. And which one would cut more of a dash on the school run?

OY: One, at least my Subaru is a proper, practical seven-seater and not an estate with a couple of seats jammed in the back; and two, the Exiga is much cheaper, more rugged and more reliable. And remind me, was the brief to find the fastest seven-seater or an interesting one?

MP: Details, Oliver, mere details. Now get out of my way: I'm off for a spin and I don't want the likes of your Exiga holding me up. James? 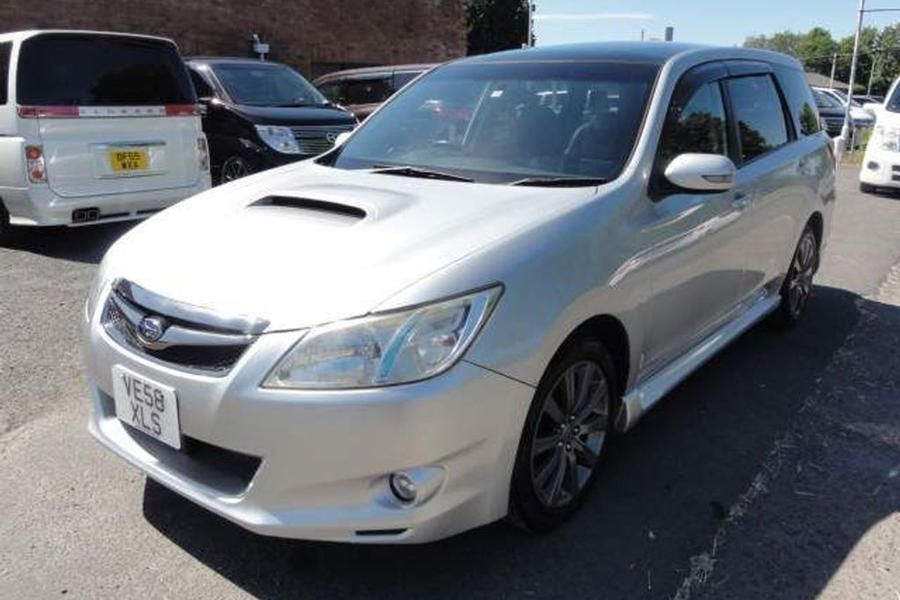 Verdict, James Ruppert: Oliver, you had me at Scoobaroo. Let's off-road with the family.

The TurboX should ride higher than a standard 9-3 due to the XWD system...

Perhaps your car is lower because it is not on the genuine Turbo X wheels.  TXs should be on 18 or 19" dedicated alloys for the model - 6 spoke diamond cut.  The wheels on that car are 17" alloys for the 2012 Griffin SE variant (ie the most recent facelifted 9-3 non-Aero), so wrong wheels.

si73 15 October 2021
Porsche 968 is a cracking car as is its 44 and 24 siblings, all cars along with the original Boxter that saved Porsche. How times have changed, when a cheaper sports car saved Porsches finances and now it's SUVs fulfilling that role.