Porsche won’t sell an electric 911 for some time, if ever, but a British firm is offering you the chance to own one right now – if you have a 964-generation (1989-1993) classic and a desire to swap its flat six for a battery and motors.

Everrati has broader plans involving other classics, and this wide-body 964 is intended to show what’s possible and the quality and driving experience it aims to offer. The result might by worthy, but your view on whether the effort is worthwhile will be coloured by your takes on old 911s and electrification.

Our test car is powered by a pair of Tesla-sourced AC induction motors, which make a combined total of 500bhp and drive the rear axle through a common input shaft and a limited-slip differential. And as these motors are hung out behind the rear axle, this 964 remains rear-engined.

Finding room for 53kWh of battery cells was a tougher task. Most of it went into the engine bay, but there’s also a secondary site up front, with a high-voltage cable linking the two. In addition, the need to manage the temperature of the batteries means that, unlike the original, this 964 features water cooling, having radiators behind its front bumper.

Other changes include carbonfibre replications of the doors, bonnet, roof and rear deck and a retrimmed interior featuring Porsche’s own DIN-sized aftermarket head unit.

Unusually for an electromod, Everrati’s 964 also gets a CCS port under its former petrol filler flap to support high-speed charging. From the right charger, this can top up the battery from 20-80% in 40 minutes. 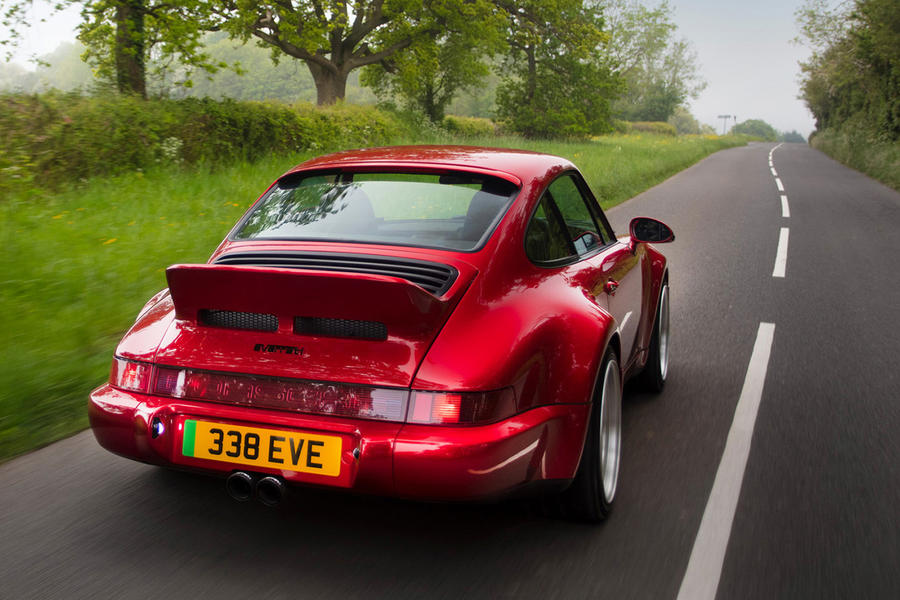 The prospect of a 911 without the friendly chatter of a flat six from the rear is odd, and even after an hour, I still hadn’t got used to the Everrati’s lack of combustion noise.

There are other sounds, more evident given the lack of engine distraction, with the 12V pumps that power the brake servo and power steering evident at low speeds and some whine from the motors under harder acceleration. Everrati is working on a fake exhaust note (you will notice the car still has tailpipe finishers), but I’m not sure that would feel any more appropriate.

The performance is striking – well beyond that offered by even the most potent original 964s. The urge isn’t instant (there’s a very slight delay to the throttle response), but it pulls impressively hard well before the pedal is half down – and acceleration doesn’t start to diminish until you’re well beyond likely cruising speeds.

Traction says good even during full-bore launches; Everrati retains Tesla’s traction control algorithm to prevent slip, but the intervention doesn’t feel obvious on dry roads.Cornering behaviour is another very obvious difference. As well as greater front-end bite, there’s much less of the rear-engined sensation that defined old 911s. Some dynamic traits survive (there’s still the feel of the nose lightening under hard acceleration and the ability to widen or tighten your cornering line with small throttle inputs), but the overall impression is more Cayman than 964.

The decision to keep hydraulic power steering rather than make the easier switch to a purely electric rack was undoubtedly the right one for the helm’s weight and feel. And the ride is impressive over broken surfaces, thanks to Tractive adaptive dampers that blend discipline with impressive pliancy in their softer mode.

The brake pedal is hooked up to upgraded Brembo calipers and big discs, but the powerful regenerative braking delivered through the rear axle pretty much eliminates the need for friction retardation at everyday speeds for anything other than bringing the car to a final stop. 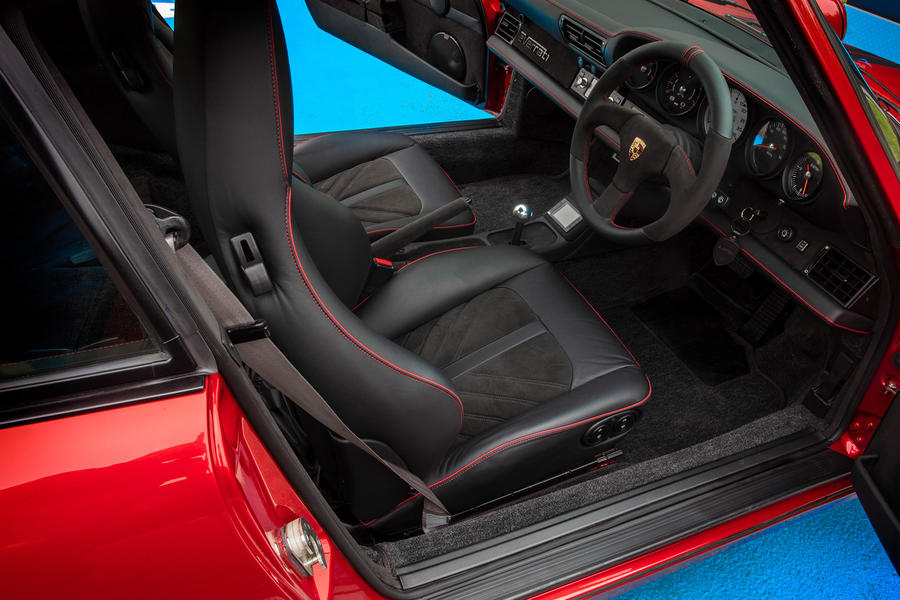 Everrati’s conversion work costs a quarter of a million on top of a donor 964, so this car will always be fishing in a tiny pond for buyers: those with a love of classic 911s, a desire to move beyond combustion well in advance of any ban on burning hydrocarbons and, most of all, a very enviable bank balance. These are likely to be people who have extensive car collections and now want something entirely different – which this certainly is.

But is it better than the original? As an experience, no. Indeed, it’s a reminder of how much of the 964’s appeal is down to the engine and its location. Yet viewed through the prism of usability rather than greenness, it’s not hard to see the enhanced appeal of an updated classic 911 that won’t leak oil or incur emissions charges. 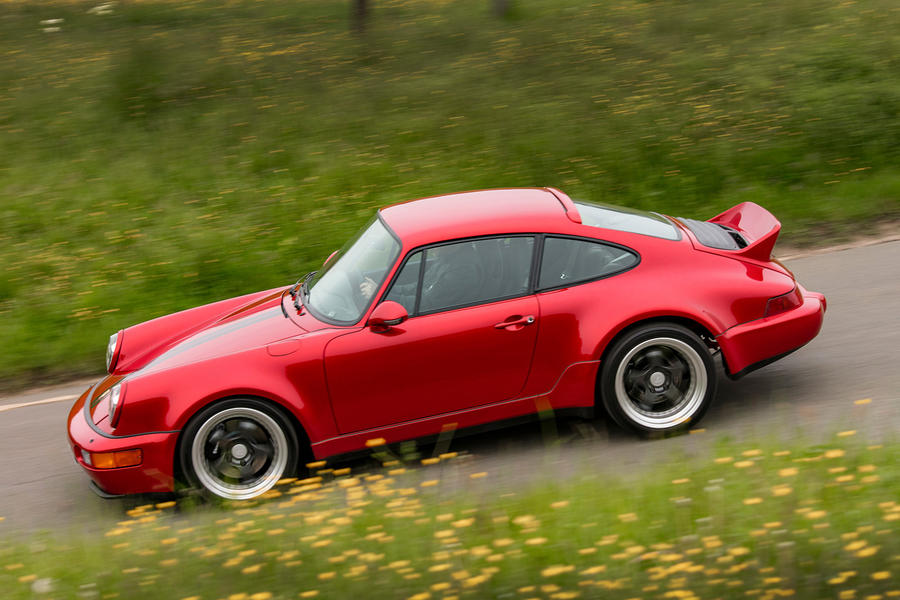 Pretty rich since you cant see the irony of what you've just written.

lambo58 the term dinocar you use refers to ICE vehicles in a negative way, so you are not a car fan you really are a P.O.S and have to have the last word every time.

Talk about a warped sense of perspective. So anyone who disagrees with your narrative of what you consider great is a troll. The mere fact that you cant place a rational argument makes you a what? To me what you drive and hark on about is pointless. You will never agree with me and vice-versa. Oh well. Carry on enjoying your racket mobile and we will see how long the EV fad continues as your ancient heap turns into one of lifes buggy whips. End of.