BACK TO ALL OPINION BLOGS
Currently reading: Steve Cropley: Even rain couldn't dampen the Lotus Emira launch
UP NEXT
Inside the industry: is road pricing the only alternative to fuel duty?

This week, Steve planted his eyes on Lotus latest sports car, and felt a huge gush of relief at the news that Vauxhall’s Ellesmere plant is saved.

Huge relief: Vauxhall’s Ellesmere plant is saved, thus protecting the jobs of 1000 loyal and long-serving car people. As various pundits have pointed out, this place used to provide work for 12,000 in its Chevette glory days, so it’s clearly not as important as it was. But back then, there were fewer associated businesses providing just-in-time widgets (nowadays employing a further 3000-4000), so on all counts, Ellesmere’s move into EV vans is wonderful news. It also affirms my faith in Stellantis chief Carlos Tavares, surely one of the industry’s true statesmen, whose body language always seemed to show a reluctance just to shut Ellesmere and walk away. I’m sure he’d insist the whole deal is strictly business, but I get the strong feeling he’s done his best for us. 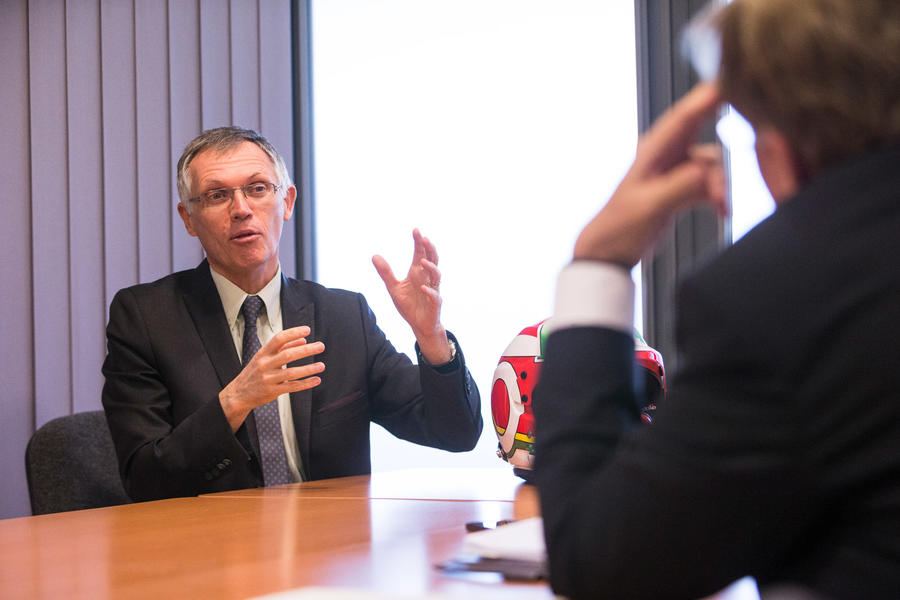 Long but enjoyable haul to Lotus’s Hethel HQ for the official unveiling of the Emira sports car, a two-hour event timed for 7.30pm (in a move clearly aimed at aiding local hotels because loads of us would need to stay overnight). There was an enthusiastic outdoor audience of several hundred, plus a further 131 web-based group of ‘superfans’ (in honour of Type 131, geddit?).

It was a joyful presentation, a tad lowest-common-denominator as internet events with over-cheery and inexpert ‘hosts’ tend to be, but it still went well, especially when Jenson Button appeared in person through a cloud of smoke and later drove the car on screen. Even a biblical deluge couldn’t dampen the mood.

As for the Emira, it was sublime: perfectly sized, arrestingly beautiful inside and out, well made, evidently very quick and (to my eye) spectacular value at £60k-£80k. First thought: who on earth needs a £200k supercar? Second thought: easy to see why a close link is building between Lotus and Alpine. Under Geely’s direction, Lotus has spent £100 million rejuvenating buildings and erecting new factories on its famous old site but there was no doubt in anyone’s mind the new car was the crowning achievement. 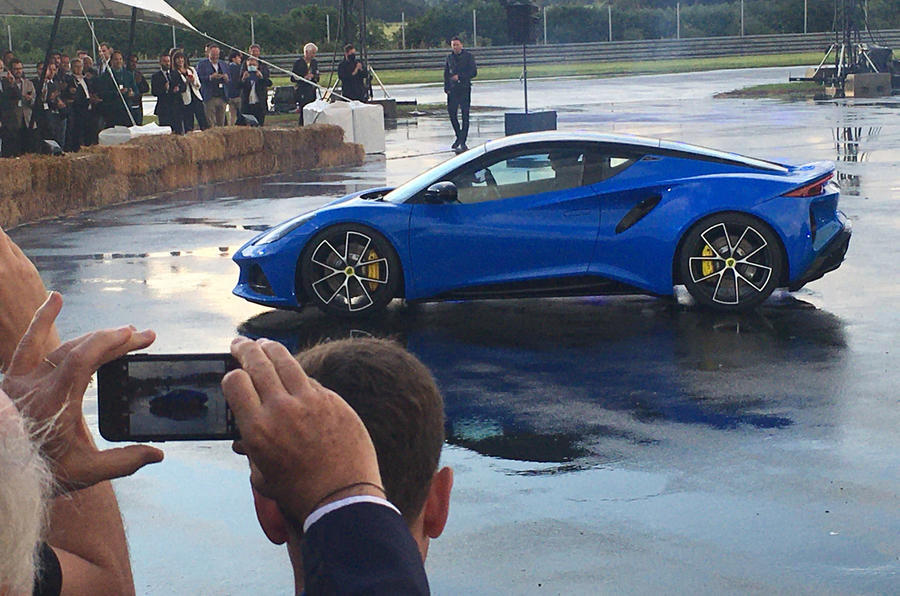 More Ellesmere: after 48 hours, the realisation has struck the world of punditry that the UK is no longer a maker of mainstream cars. The closest is now the Mini, and even that is a premium model. Some pundits regret the fact but I prefer to turn it on its head: the UK is now, single-mindedly, the world’s most prolific manufacturer of rare, varied, exclusive and specialist cars (such as the Emira). Given that these cars are in strong demand, and their high selling prices are likely to help their creators to continue funding cutting-edge tech, I’d say that, despite all, we’re doing well.

After a couple of delightful days, I headed back into the traffic tyranny of inner London. Have you been there lately? It nowadays seems an awful place, configured entirely for the convenience of one kind of human being: the ‘personal best’ breed of bicycle-mounted male, riding his £5000 carbon-frame bicycle everywhere at top speed, intent on running every red light, terrorising every pedestrian crossing, colonising every 20mph car lane (even those ruthlessly narrowed to provide generous bicycle highways) and generally behaving in an aggressive and bullying way.

Amazing to see a whole society skewed to benefit 5% of the population. According to critics, it’s all the work of mayor Sadiq Khan (lately dubbed ‘Genghis’), whose catch-all reason for any decision – including his rapid and effective destruction of business – is the pursuit of clean air in London. What is to become of the place? If it’s not fit for driving or walking, for many it soon won’t be fit for visiting, either. 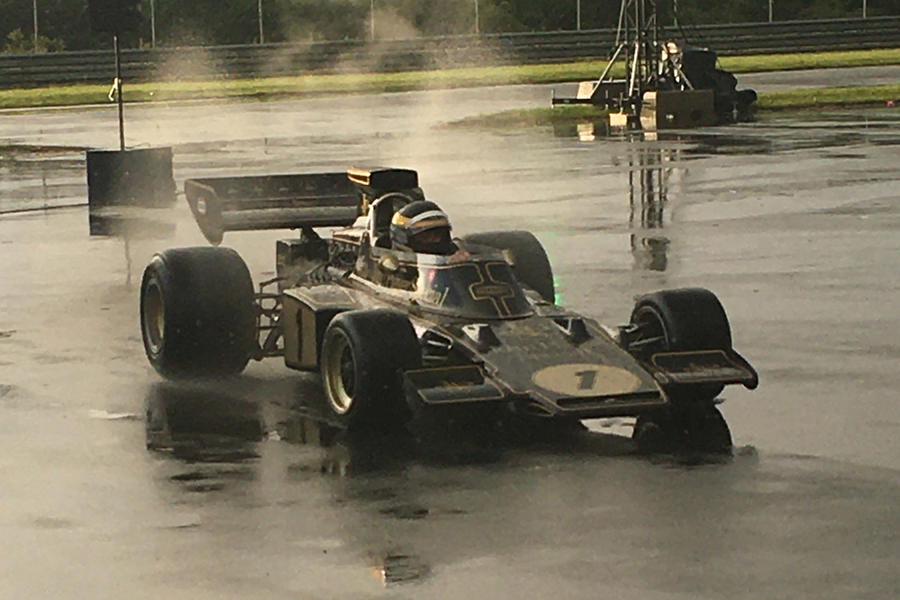 Most memorable event of the Lotus Emira launch, besides the new model itself, was an energetic demo, amid the deluge, of a multi-million-pound Lotus 72, the most successful Formula 1 car in history, with legendary Lotus wheelman Gavan Kershaw driving. Slick tyres and streaming wet are supposed to be sworn enemies, but Kershaw handled them like they were bedfellows.

Lotus boss: Emira will be a fantastic sports car you can live with

This diary effort is so lacking in basic journalistic standards it is untrue. Take your parochial attitudes elsewhere please.

As a car driver who rides a bike when it makes sense, it always leaves me confused when critically intelligent people seem to suggest the reason driving in a city centre is terrible is because there's too many cyclists!  Surely your journey would be much nicer if there were less cars?

And then to bring out the 'they all run red lights and wear lycra', come on, you're better than that.  Ever exceeded the speed limit? I'll hold my hand up to that more often than i run a red light on a bike, and daresay its more dangerous.

Anyone who thinks that the car (fossil, electric or otherwise) has a sustainable future as the answer to inner-city transport is living in a bygone age, and is it not a somewhat problematic view for a balanced and critical motoring journalist?

I remember the day mid-covid i ventured into the city and there were no cars.  Wow, that was something else.

On the face of it I agree with others but in Mr Cropley's defence, if you google car manufacturers in the UK, Wikipedia makes no mention of Nissan or Toyota. Which begs the question are we overlooking something, is there some technicality which excludes Nissan and Toyota from being listed as manufacturers in the UK? Or does Cropley get his info from Wikipedia? haha

I find the statement but I get the strong feeling he’s done his best for us. so weird. And that after describing Tavares as a true statesman. Is it not rbizarre to think a car manufacturer chief does his best for anyone other than his or her company? Or themselves? If Vauxhall could have made more money elsewhere, they'd have moved production and closed the factory.

His former boss was on the news yesterday describing how he left a country and escaped justice hidden in a box, that's how stateman-like these people are. You don't reach the top by doing your best for others.