BACK TO ALL NEWS
Currently reading: The car industry now: the state of motor retail
UP NEXT
Audi A9 E-tron: electric luxury saloon due in 2024

The car industry now: the state of motor retail

The National Franchised Dealers Association estimates 590,000 people worked in automotive retail before the crisis; the vast majority were furloughed, and rough estimates suggest that as many as 25% are facing redundancy as lockdown lifts.

Make no mistake, this is a sector in crisis. How deep that crisis is depends on the bounceback, which begins today as showrooms and dealerships are permitted to open for the first time since late March.

While there are encouraging signs that pent-up demand could provide an initial surge, the longer-term outlook is bleaker. As ever, there will be inherent demand from fleets and lease renewals, but with mass pay and job cuts likely across the board, indulgent purchases and nice-to-have upgrading will slump, hitting volumes and profitability significantly.

Estimates now suggest that the UK’s new car market will be down 25% this year, accounting for around half a million lost registrations. Is there any hope? We may be clutching at straws here, but some markets that have already gone through the crisis have rebounded well; notably, though, these include China and South Korea, which (officially, at least) dealt with the impact far more effectively than the UK.

Maybe, too, there will be a stimulus package from the government down the line, albeit nigh-on certain to be focused on pushing people into electrified cars. Car selling is vital to the UK economy (it accounts for £200bn of turnover and much tax income each year). As the queue for help forms, the automotive retail sector should be right up there.

Has the pandemic accelerated the move to online car buying?

There are mixed messages being received here: whether through convenient coincidence or good planning, several manufacturers and retailers launched online sales platforms before, during or around the crisis. However, while there has been a boom in online research and negotiations, the evidence shows that the vast majority of people still want to complete a deal with a visit to a showroom.

That’s backed up by a poll of 6000 users of the What Car? website: almost 70% said that even during the crisis, they expect to conclude a car purchase staring a salesperson in the eye. The emerging mood seems to be that people want to do all the hard bits of car buying on a screen at home – choosing a car, speccing it and agreeing terms – but no more. 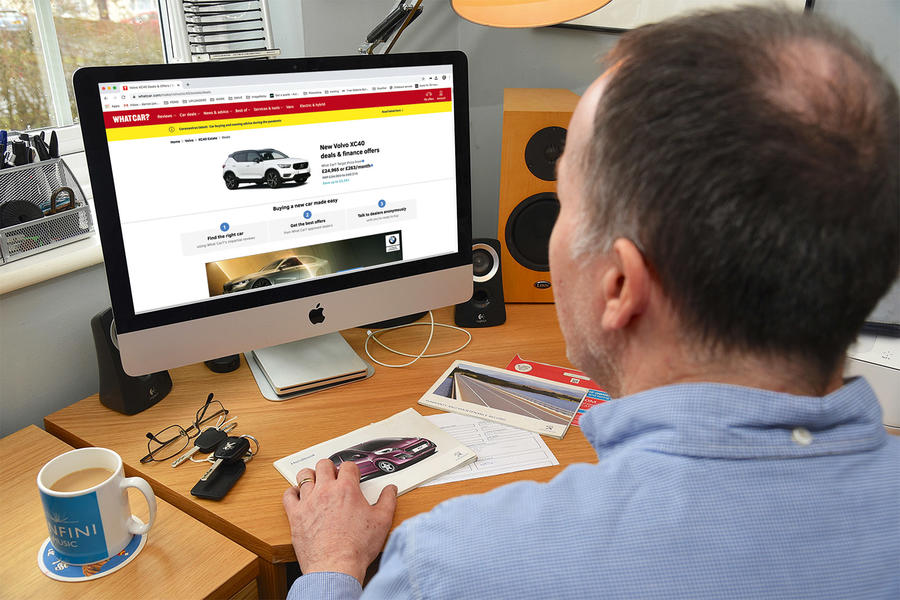 Watch out for another dynamic in play, though, as manufacturers look to wrest a slice of the action from retailers. It has been notable that several brands have started upping their contributions on their own websites in the hope of snaring customers. Our analysis suggests that it’s rarely enough to make this the cheapest way to buy – but potentially the one-stop shop of buying through a single website could win for convenience.

Will the PCP bubble finally burst?

It’s possible that the PCP finance-led new car boom will be affected by people downsizing, switching brands, opting to buy used cars or stretching the length of their lease terms to keep monthly prices down. But the likelihood is that as many people will need a car today as they did yesterday and last year and that they will need to pay for those cars in the most affordable way possible.

While that may not mean a PCP deal, for most it will still mean some form of finance, especially given that interest rates are set to be low for some time to come.