BACK TO ALL NEWS
Currently reading: Aston Martin celebrates racing success with Vantage Legacy trio
UP NEXT
The next Hamilton? Autocar meets F1 prodigy George Russell

Aston Martin's motorsport division is celebrating one of its most successful periods with the release of the Vantage Legacy Collection, a trio of race-spec Vantage models available to buy as a complete package.

Based on the previous-generation Vantage, which launched in 2005, the three cars are finished to the exacting standards of the classes in which the Vantage achieved success between 2009 and 2018.

During that time, the car claimed class victories at Le Mans in 2014 and 2017, seven FIA World Endurance Championship (WEC) titles and an array of victories in the British GT, GT World Challenge and European Le Mans Series.

Each finished in Aston Martin Racing's green-and-yellow livery, the cars have been built around new chassis and are said to be "ready to race".

The Legacy GT4, as with the original, uses the standard car's 4.7-litre V8 but gains a lightweight exhaust, twin-fill fuel tank and uprated gearbox and clutch. A full FIA-approved rollcage is fitted, as are plastic side and rear windows, a quick-release bonnet, adjustable dampers and a single Recaro racing seat.

The V12 Vantage GT3, as the name suggests, uses a larger motor of 6.0 litre capacity that produces 600bhp. Its lightweight aluminium chassis, racing clutch, carbonfibre propshaft, six-point harness and carbonfibre dashboard have all been carried over to the Legacy model, as has its distinctive aero package incorporating removable carbonfibre panels and an adjustable, full-width rear spoiler. 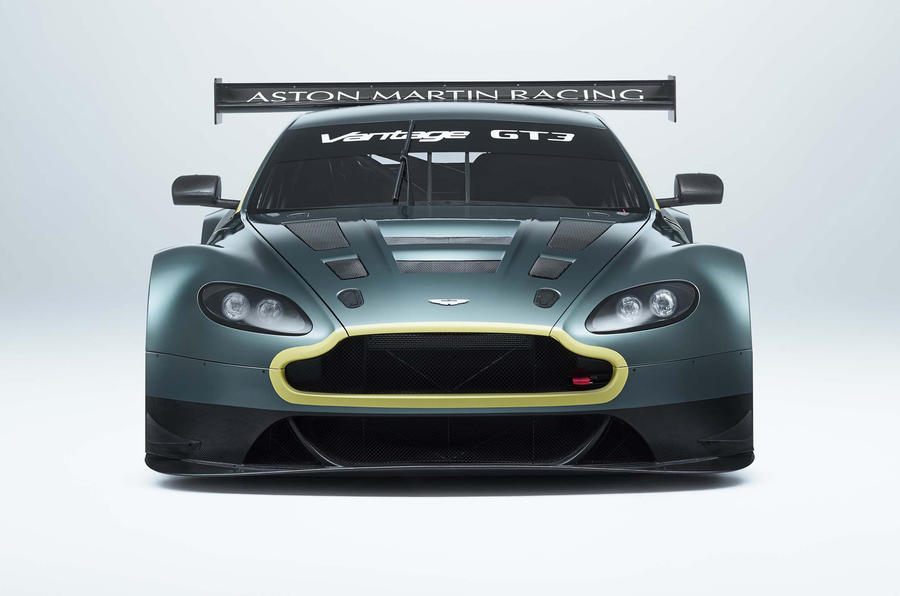 Rounding off the collection is the Vantage Legacy GTE, which pays tribute to the car that became the WEC's most successful racer. Just six GTE-spec cars were initially built, with this new arrival bearing chassis number 007.

Aston Martin hasn't revealed a price for the ultra-exclusive package, but given that a current-generation Vantage GT4 costs in the region of £200,000, the Legacy Collection can be expected to cost well into seven figures.

None of the three cars can be registered for road use so will be destined either for preservation or for use at track days or in historic racing series.

"While Aston Martin has since gone on to record world championship titles with the current-generation turbocharged V8 Vantage, the foundations laid by the huge success of the original car won it admirers the around the globe and led to it becoming a firm favourite with racing fans. The Legacy collection is a beautiful sign-off for this wonderful car.” The Aston Martin Vantage has an abundance of soul, and decent ability with it

Are you as passionate about cars as we are?
Get all the best car news, reviews and opinion direct to your inbox three times a week.
Subscribe to the Autocar newsletter now.
Haymarket Media Group, publishers of Autocar takes your privacy seriously. You can unsubscribe at any time using the unsubscribe mechanism on any email you receive from us. We will use your information to ensure you receive messages that are relevant to you. To learn more about how we use the information you provide to us please see our Full Privacy Notice.

Back from when the Vantage was good looking.

Not so much with the Reichman one - why is he still there?