BACK TO ALL NEWS
Currently reading: Under the skin: The science behind Lotus's E-Sports architecture
UP NEXT
Ford Kuga drops diesel option due to falling sales

Under the skin: The science behind Lotus's E-Sports architecture

With the need to reduce weight on the cheap to offset the weight of EV batteries, the art and science of producing modular aluminium architectures is pretty much in full swing now. But when Lotus announces anything engineering-related, the detail involved is likely to be worthy of close scrutiny, and such is the case with its new-age lightweight electric vehicle architecture.

LEVA takes the now familiar modular approach to construction, which allows a toolbox of structural components to be assembled in various configurations to produce different cars. It also follows the most basic of Lotus principles, which is to not duplicate things unnecessarily and to relentlessly chase ways to make things lighter. The battery pack, for example, is housed within the existing structure of the chassis without adding weight by creating a separate container for it.

The project is linked to the E-Sports vehicle platform announced by Lotus in April and is focused on developing highly advanced front and rear subframes. Lotus collaborated with both Brunel University and Sarginsons Industries on the lightweighting aspects of the project.

While most cars have subframes bolted to unitary-construction bodyshells front and rear, carrying the engine, drivetrain and front and rear suspension, the new subframes aren’t. Instead, they’re riveted and bonded (glued) to the interchangeable main structure. The subframes are made from a low-pressure die-cast aluminium alloy by Sarginsons. Die-casting is an age-old process of injecting liquid metal into a steel mould (die), normally at high pressure.

The low-pressure technique makes the finished piece stronger, and because it happens more slowly, it works better for detailed castings. The chosen aluminium alloy is high in ductility (pliable rather than brittle), so it absorbs crash impact well. It can also be welded easily and the tooling needed to produce the subframe (the dies themselves) is in line with the relatively low volumes that Lotus will produce.

The main structure is predominantly aluminium, but Lotus will always use the most appropriate material for a specific role. The construction makes use of specialist joining techniques, such as spot curing of adhesives to make it easier to remove the completed chassis from its jig and an advanced welding technique called robotic cold-metal transfer.

The modular nature of the E-Sports architecture makes it simple to vary the battery packaging between an eight-or 12-module chest (a rectangular box shape) with vertically stacked modules behind the two seats or an eight-module slab between the axles for 2+2 models.

The powertrain consists of either one or two electronic drive units that combine the motor, electronics and geartrain all into one unit. EDUs have been the subject of considerable investment in the supplier industry and are ideal for use in lower- volume, niche cars.

The central positioning of the battery packs and EDUs pretty much apes the configuration of a regular mid-engined sports car, so the forthcoming Lotus Type 135, the first car to be built on the new architecture, should be one to watch. 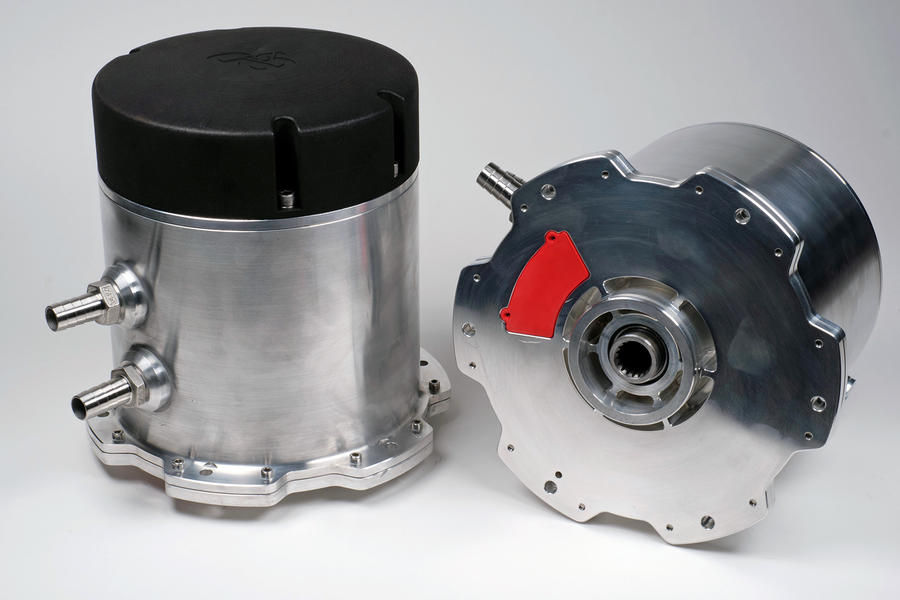 US company ePropelled has come up with a new dynamic torque-switching motor (eDTS) that can reconfigure itself on the fly under software control. Capable of high torque at low speeds without drawing high current, it can also operate at high speed and low torque levels more efficiently than a normal motor. Overall, it can reduce power efficiency by 15%, allowing the use of a smaller and therefore cheaper battery.